In lite of the recent remapping of FEMA’s flood zones, some people have seen drastic increases in their premiums for their flood insurance and could be forced to sell their property if they cannot afford it. Due to the financial burden that this is causing to so many homeowners, the government has passed a bill that would slow the price hikes, but not stop them altogether. 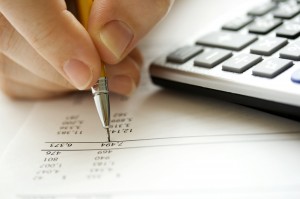 The bill will only slow the rate increases, not stop them altogether. Some homeowners could see their premiums jump tens of thousands of dollars in the coming years. The bill will cap the rate increase at 15% per year and will be phased in over a long term basis, but, in the end, all of the policies will eventually end up increasing. The Government’s goal is to have financially sound rating structures which it believes would mimic the rates that a private company would charge without any subsidies.

This bill will also not make it any easier to sell a home that is located in a flood zone. The likelihood of someone buying a home on a 30-year mortgage, knowing that the flood insurance has the potential to go up 15% every year in some of the extreme cases is very small.  You could end up paying more for flood insurance than you are for your mortgage if the rates continue to increase.

Private insurers have no interest in the Flood Insurance markets as they are unwilling to compete with government-subsidized rates. As the underwriting and pricing near closer to being actuarially sound, some private companies may enter the market, but that could be a long ways from now.

The National Flood Insurance Program is $24 billion in debt, with a borrowing cap of $30 billion. For reference; Superstorm Sandy cost the NFIP $8 billion in losses. The bill doesn’t state what the course of action would be if another major storm happens, and could cause the rate increases to be accelerated.

The current bill, while a blessing for many, is only a short-term solution to the very real problem that the Flood Insurance Program has been avoiding for many years. The cost of the policies are not actuarially sound, and in order to stay solvent for years to come, rate increases are inevitable.

For more information on Flood Insurance, or to check your risk of a flood affecting your home check out the link below: https://www.floodsmart.gov/floodsmart/?cid=Search_GoogleAdwords_FEMABrand_c_g_b_nfip

There is no place like home and no home like yours. Let Borawski Insurance find you the right coverage that is as unique as your home.

Borawski Insurance offers auto coverage for the smart shopper. Let us help you navigate your way to savings.

No matter the type of business you own or operate Borawski Insurance is dedicated to finding you the best combination of insurance products to protect you and your business.

At Borawski Insurance we offer a wide variety of comprehensive employer paid and voluntary benefits that will suit all your employee’s needs. We also provide guidance and support in keeping your business in compliance with the healthcare reform.